Entrance to all films is now £2.50 per Ticket

We are a “not-for-profit” group. The cost of each film screening is approximately £170.00, so we require a minimum attendance of 60 or so. Our Village Hall cafe helps subsidise our events.

Refreshments are available including a cash bar and ice creams.  We often provide a supper in the hall, prior to the showing, cooked and supplied by 'The Kings Arms'.
Please note our cancellation conditions, we require at least 48 hours notice if you are unable to attend and need to cancel your booking for supper, otherwise we will need to charge you for any food you have ordered.

Tickets £2.50
cash payment only, on entry, on the day please
BOX OFFICE NOW OPEN
to pre-book either email keith.brignell@sky.com
or call 01305 871925
Please give us at least 48 hours notice if you wish to cancel your meal otherwise the cost of food will still apply, unless in exceptional circumstances. 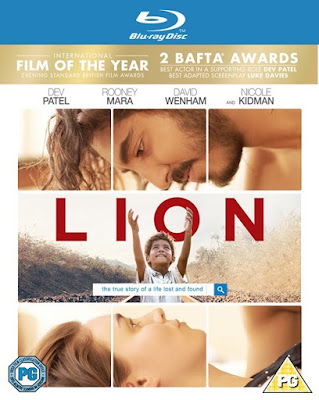 Garth Davis directs this drama based on a true story.
The film follows the remarkable journey of Indian orphan Saroo Brierley (Sunny Pawar/Dev Patel) who, after becoming lost on the streets of Calcutta at five-years-old, is adopted by Australian couple John and Sue Brierley (David Wenham and Nicole Kidman). 25 years later in Australia, Saroo, with the help of his girlfriend Lucy (Rooney Mara), turns to the Internet and Google Earth to finally find and reconnect with his mother, Kamla Mushi (Priyanka Bose), and the rest of his true family. The film was nominated for four Golden Globe Awards including Best Motion Picture - Drama, Best Performance By an Actor in a Supporting Role in a Motion Picture (Patel), and Best Original Score - Motion Picture (Dustin O'Halloran/Volker Bertelmann) and six Academy Awards, including Best Picture, Best Supporting Actor (Patel) and Best Supporting Actress (Kidman). The film was also nominated for five BAFTAs, winning for Best Supporting Actor (Patel) and Best Adapted Screenplay (Davies).
The film won a BAFTA for Best Animated Film and was nominated for Best Original Song at the Oscars. 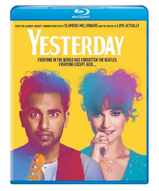 ·      Yesterday, everyone knew The Beatles. Today, only Jack remembers their songs. He's about to become a very big deal. From Academy Award-winning director DANNY BOYLE comes a rock 'n' roll comedy about music, dreams, friendship, and the long and winding road that leads to the love of your life.
Jack Malik (HIMESH PATEL) is a struggling singer-songwriter in a tiny English seaside town whose dreams of fame are rapidly fading, despite the fierce devotion and support of his childhood best friend, Ellie (LILY JAMES). Then, after a freak bus accident during a mysterious global blackout, Jack wakes up to discover that The Beatles have never existed and he finds himself with a very complicated problem indeed.
Performing songs by the greatest band in history to a world that has never heard them, and with a little help from his steel-hearted American agent, Debra (Emmy Award winner KATE MCKINNON and his kind-but-wildly-unreliable roadie Rocky, Jack's fame explodes. But as his star rises, he risks losing Ellie-the one person who always believed in him. With the door between his old and new life closing, Jack will need to get back to where he once belonged and prove that all you need is love. 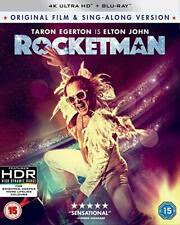 “His music inspires you, his life will surprise you”
Rocketmanis a one-of-a-kind musical celebration set to Elton John’s most beloved songs.
Discover how a shy boy growing up in the suburbs of London becomes one of the most iconic figures in rock & roll.
Featuring an all-star cast, this truly spectacular and utterly electrifying ride is filled with show-stopping musical performances and is “unlike anything you’ve ever seen.” 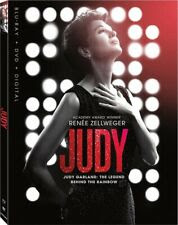 Renee Zellweger stars in the title role of this biopic centred on the later life and career of Judy Garland. As her private life descends into chaos with child custody issues, financial trouble and an escalating drug habit, Judy moves to London to reinvent herself and give her career one final shot. As her insecurities around her age and her deteriorating health begin to overwhelm her however, Judy must find the strength needed to make her big comeback. 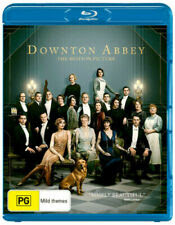 ·      The worldwide phenomenon Downton Abbey has become a grand motion picture event, as the beloved Crawleys and their intrepid staff prepare for the most important moment of their lives. A royal visit from the King and Queen of England unleashes scandal, romance and intrigue that leaves the future of Downton hanging in the balance. Written by series creator Julian Fellowes and starring the original cast.